THE BOYS ARE BACK IN TOWN!

Wines That Rock’s Classic Rock n’ Roll Wine Collection Rides Again with our newest addition – KISS. Plus, our updated versions of The Rolling Stones and The Police are now available as part of the Virgin Wine Club.

Check out the new collection, buy bottles individually or join a new wine and music experience like no other.  And Hey – watch this space for new Rock inspired brands every quarter! We’re back!

Wines That Rock has produced wine for some of Rock ‘N Roll’s most iconic brands including: The Rolling Stones, Grateful Dead, Pink Floyd, The Police, Muddy Waters, KISS and many others. Finally, after 15 years of making Wines That Rock, we get to The King!

Our collaboration with Graceland and Elvis’ estate are a perfect partnership for our team as we released this first in a series wines for Elvis! THE KING – a limited-edition, premium Cabernet Sauvignon that pays homage to the music, the man, The King of Rock ‘N Roll! Each bottle is individually numbered and comes with a Certificate of Authenticity.

Elvis At The Movies developed for TCM Wine Club. 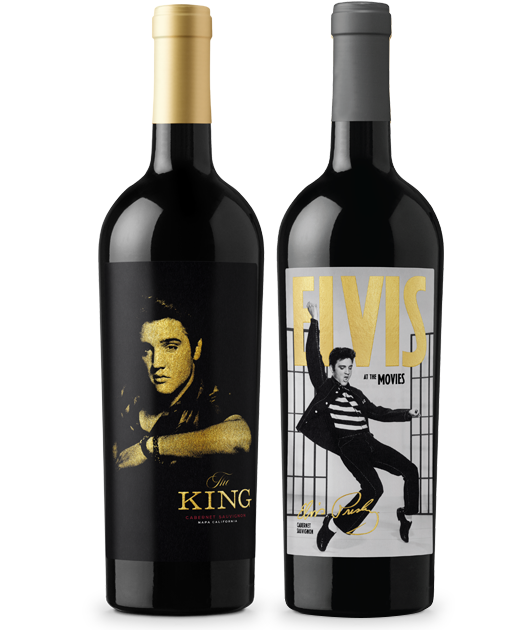 Launched as a simple Facebook page in 2015, Buzzfeed’s Tasty Brand has grown into the world’s largest food network. Working in collaboration with the Tasty Team and Seattle-based Precept Wine (the largest privately held wine producer in the Pacific Northwest and a top 12 American wine producer). Wines That Rock is proud to be part of the Tasty Wines team! 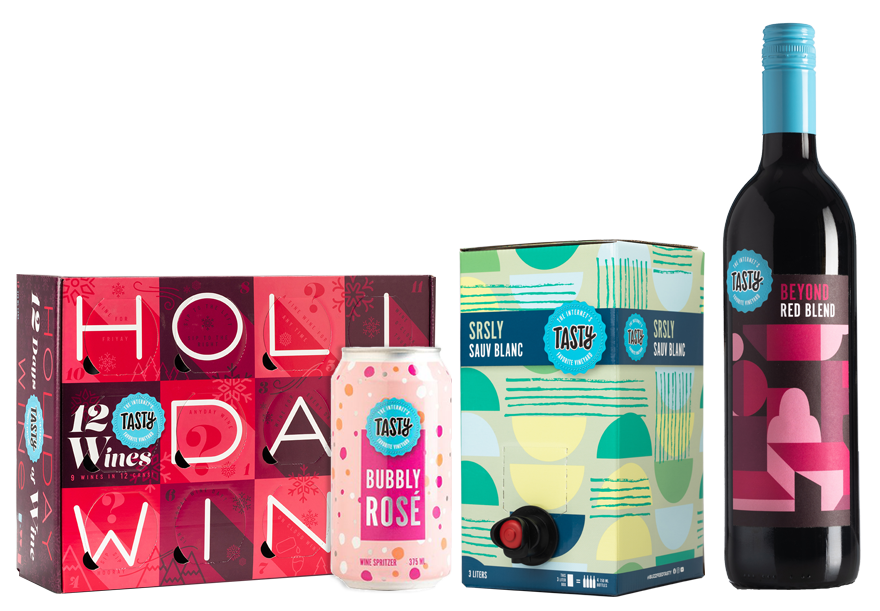 Years in the making, 2020 saw the introduction of WWE Wines – a collaboration between Wines That Rock, the team at WWE, award-winning product designers, and top-tier winemakers producing the first two bottles in the WWE Wines collection that are sure to inspire!

Our first bottle in the inaugural release was The Undertaker, recognizing the WWE Legend’s 30-year career the wine team capped production of this first release to 30 Barrels. Each Undertaker bottle is individually- numbered and marked with the barrel number. Featuring a unique tombstone shaped bottle, haunting glow-in-the-dark label, and premium Cabernet Sauvignon wine each bottle is hand-filled and wax-dipped using The Undertaker’s signature purple color.

Our second bottle, also paying tribute to WWE Legend The Ultimate Warrior, Wines That Rock utilized a low to the ground, rugged growler style bottle and stunning mask design for this WWE Hall of Famer. 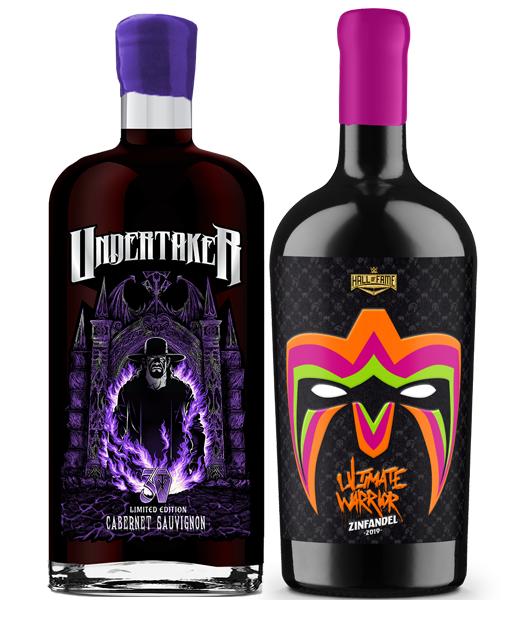 Hallmark Channel has inspired our winemaking team to create a delicious holiday themed collection that embodies Hallmark Channel’s passion for celebration. We thoroughly enjoyed bringing these wines to life. This unique Hallmark Channel Wine Collection really delivers on taste, value and most importantly – some holiday cheer.

Hallmark Channel Wines will be promoted on-air, across social media and digital platforms, and on the network’s daily, two-hour lifestyle show, “Home & Family”.

Hallmark Channel Wines are sold in several configurations, including a 2-pack, 4-pack, 6-pack, or a case of 12 bottles. 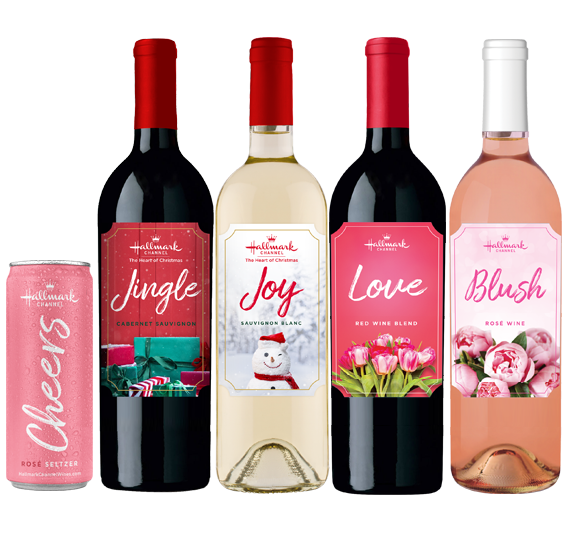 There are many unsung heroes in the respected world of wine. Harvest workers,tank washers, cork soakers – but none are more undervalued than the humble wine critic. Without them we wouldn’t know what to drink, we wouldn’t know good wine from bad. Rest assured, this bottle has been scored ninety six points by the prestigious Chumlea Hill.

All of the fruit was gently destemmed and crushed, then inoculated. Each fermentation was pumped-over twice daily, with the temperature peaking at 90F. Maceration from 12 to 28 days, barrel aged 10 months.

Purchase a bottle, pour yourself a glass and taste the recognition. 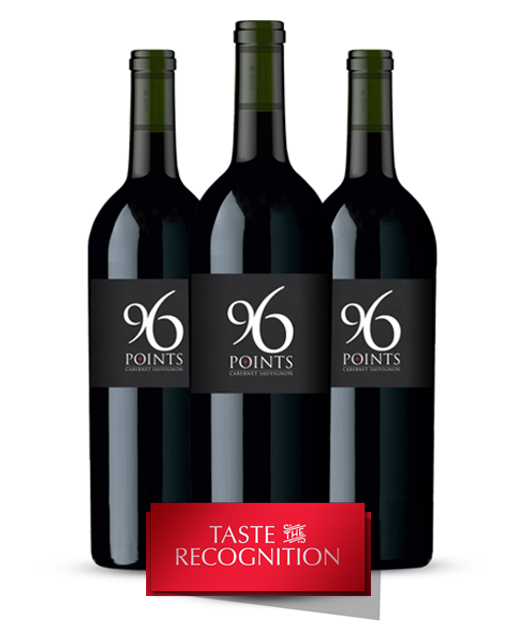 In 2020, in its quest for authenticity, Star Trek Wines enlisted the talents of several of the world’s leading Star Trek and Klingon experts to help make Klingon Bloodwine, including research with leaders of the Klingon Assault Group and Klingon Language Institute to get the cultural and historic elements correct. 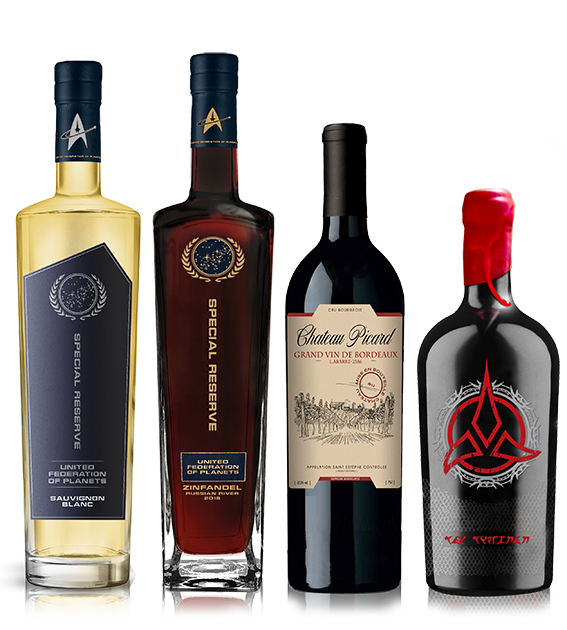 Our latest release, Summer Daze Rosé shares its name with “Summer Daze” from the group’s latest chart-topping album, Wake Up, Sunshine, the Rosé. Stands out as a fresh and crisp wine accented by zinfandel grapes with a bright floral nose, notes of fresh strawberries, and melon complete with a light acidic finish. This harmonious (and loud) marriage of flavors leaves a lasting taste of cotton candy, cherry, and a faint citrus finish meant to be enjoyed chilled as the ultimate summer refreshment.

Singer Alex Gaskarth commented, “All roads lead to this: a foray into the endless summer, celebrated here in a refreshing rosé that we’ve been contemplating and anticipating since we first ventured into the wine space. We’re very excited about this one!” 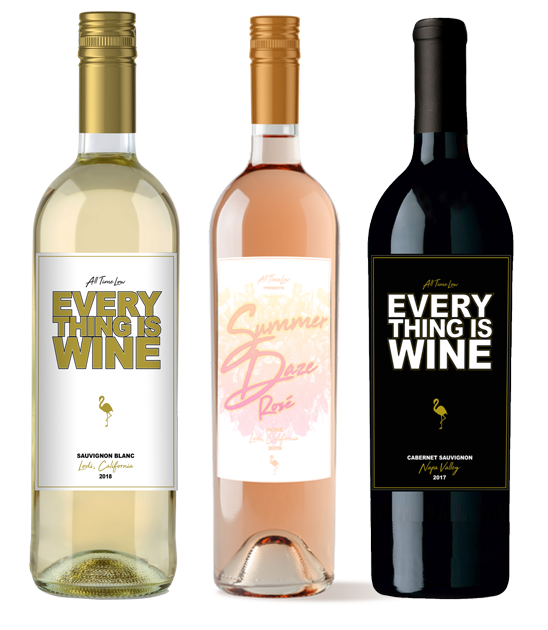 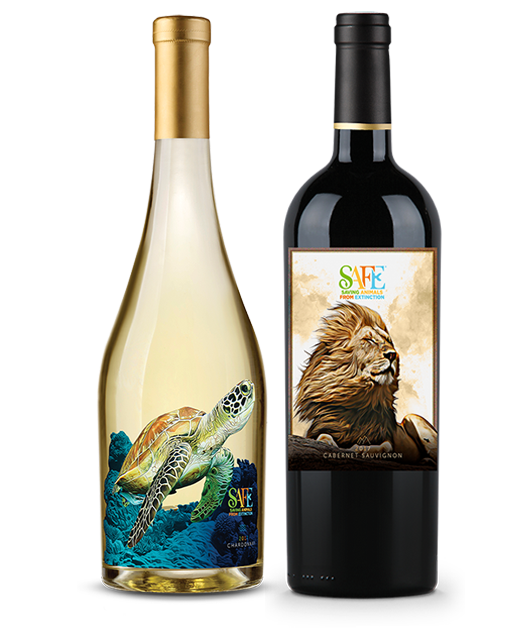 Turner Classic Movies (TCM) Wine Club is dedicated to classic films and collectable fine wines. As an extension of TCM’s passion for vintage movies, Wines That Rock crafted a unique ‘Wine and Movie” pairing unlike anything in the industry.

With TV advertising in over 35 million homes, TCM Wine Club is a one of a kind experience for Movie and Wine lovers with unparalleled exposure. 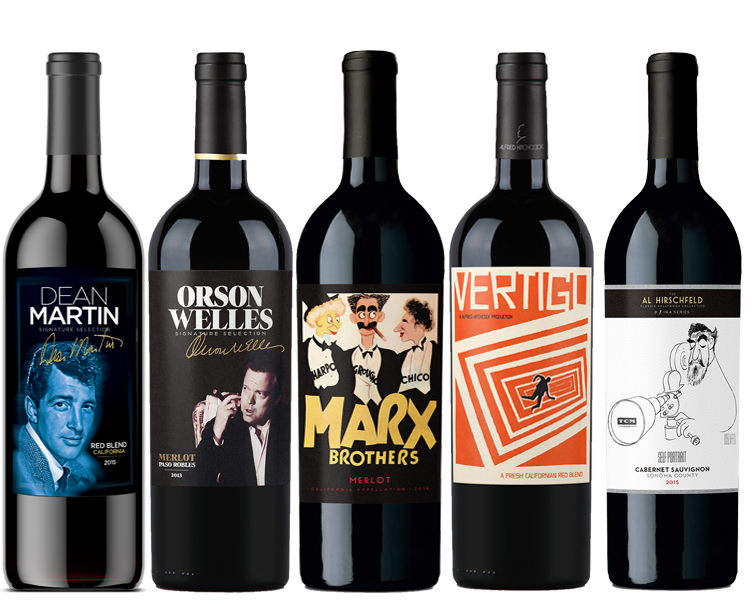 NPR is a mission-driven, multimedia news organization and radio program producer with the most listeners in the US.

The NPR Wine Club helps listeners discover wines from quality-obsessed winemakers worldwide and hear the stories behind them. The club features some of NPR’s favorite show themed wines that millions of radio fans listen to weekly. The club helps stations grow community, loyalty while supporting NPR.

Proceeds from the sale of these wines support NPR, a national treasure. 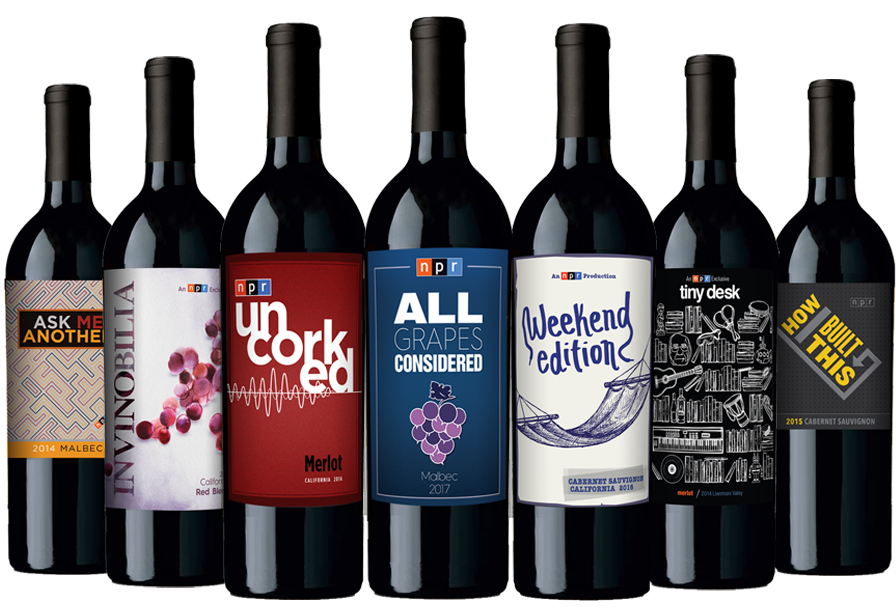 To create a collectible worthy of Grateful Dead’s 50th Anniversary, we pulled out all the stops. Starting with sourcing premium grapes for this special Reserve Cabernet Sauvignon, we brought in Grateful Dead archivist David Lemieux for a one-on-one blending session at the vineyard with our top winemakers, and wrapped it all up in a one-of-a-kind bottle that brings to life the great essence and personality of the Dead. The first run of the collection sold out
in 23 hours The creation of this premium Rosé de Provence required a lot of savoir-faire. Inspired by the infinite elegance of water, biodiversity of soil and the raging emotions of the sun, grapes are transformed into a poetic balance of sublime joy. Like Cirque du Soleil shows – providing pleasure and celebration, this elegant Rosé from the south of France takes us on an unexpected journey that lives in the moment but lasts in our memories. Cirque du Soleil Rosé is a joyous feast for the senses.

Cirque du Soleil embraces those who audaciously want to try, see and feel everything. As makers of joy, curiosity and because ordinary just won’t do, this Cirque du Soleil Rosé inspires people to celebrate the moment, keep life spontaneous, and escape the mundane.

It is revelry in a bottle. 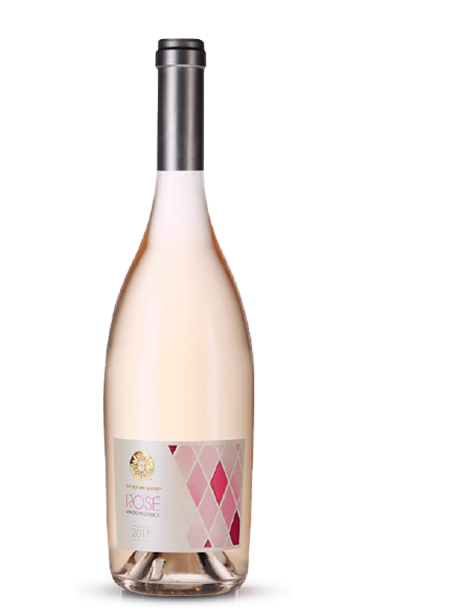 Together with NBC / Universal – Wines That Rock crafted 2 unique collections for the Official Wine of Downton Abbey. From a French Bordeaux import, sourced from the same vines used to during the Victoriana age to a fruit forward blend with new world innovations – the Downton Abbey wines have been a huge fan favorite at both retail and direct to consumer.

The Downton Abbey Wines Bordeaux Collection looked to Grands Vins de Bordeaux, a family-owned Winery with more than 130 years of winemaking experience in the prized Entre-Deux-Mers region of Bordeaux, France. Enlisting time-honored winemaking practices, as well as modern techniques Downton Abbey Wines used the same vines, soil and region used to produce wines from the Downton Era. We truly believe the Crawley Family would have been proud to serve at their table. 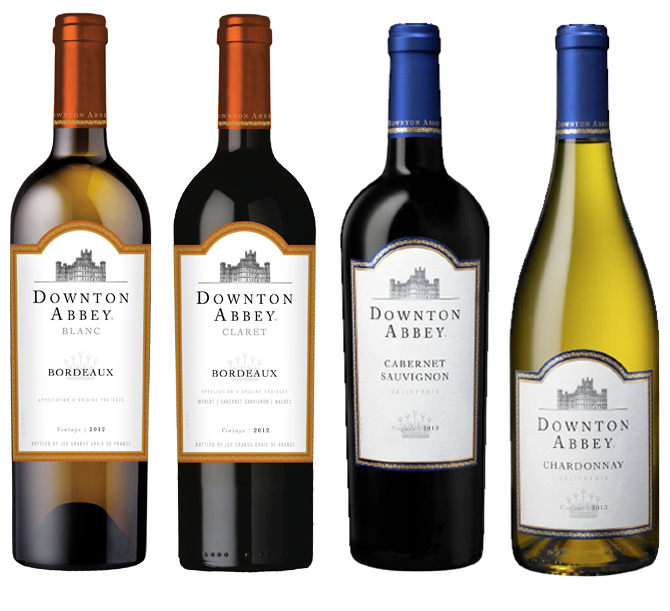 Epicurious is a collection of exclusive wines for culinary and wine enthusiasts alike.

For twenty years, Epicurious has been the place where real home cooks go to be inspired. Wines That Rock partnered with Conde’ Nast on this unique project where Senior Food editors worked together with our winemakers to create an Epicurious brand extension for people who cook, love great ingredients, and love great wine.

Epicurious wines complement their thousands of recipes, creating a natural partnership between food & wine with a robust Cabernet Sauvignon and medium-bodied silky Chardonnay. 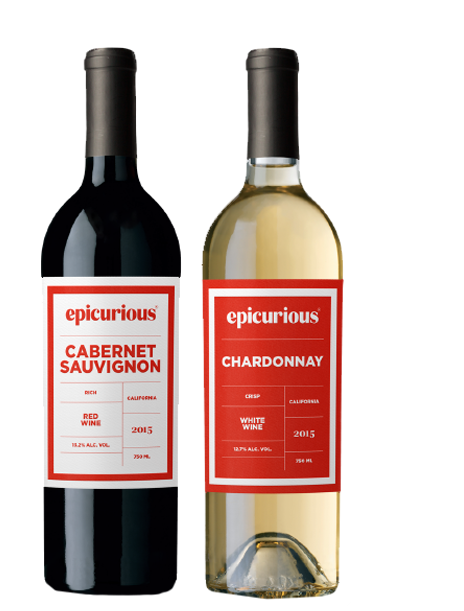 Together with the book’s author, E.L. James, Wines That Rock wine makers worked together to craft this unique wine collection. 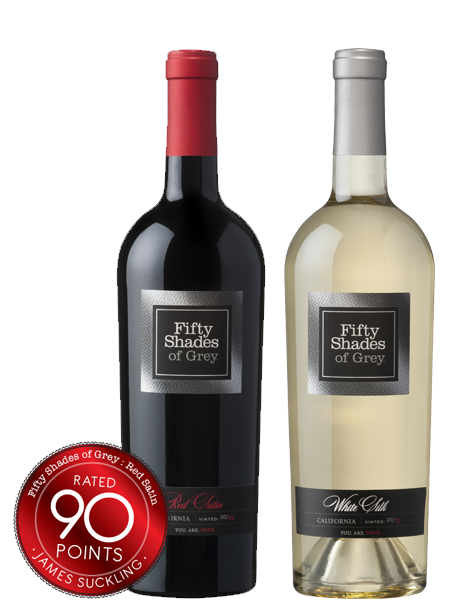 In 2008 passionate wine lovers and die-hard music fans came together to launch Wines That Rock – creating our own category in the wine industry – “The Official Wines of Rock & Roll’.

With classic tracks from Pink Floyd, Grateful Dead, The Rolling Stones, The Police and Woodstock blasting in the cellar, our rockin winemaker crafted custom wines for each of these legendary artists and their timeless albums—blending one-of-a-kind wines with Rock ‘n Roll mythology. 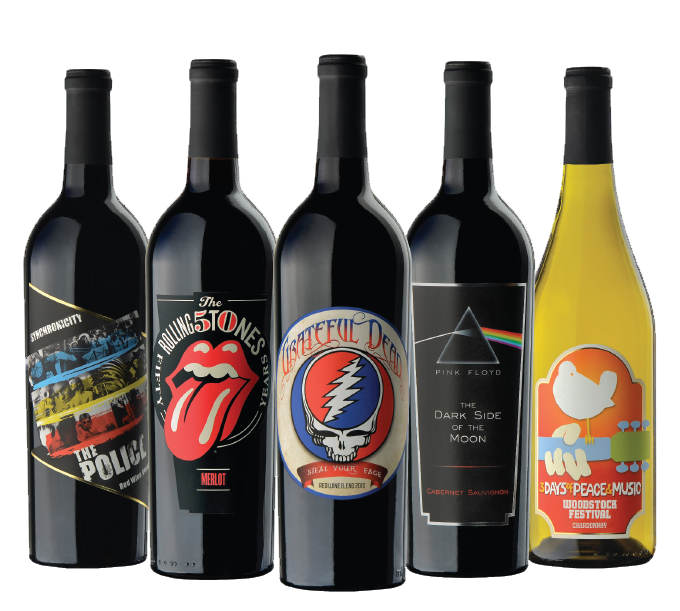 With over 815,000,000 Media Impressions and the ultimate product placement – Wines That Rock worked together with #1 reality program The Bachelor to produce The Bachelor Wine Collection.

The collection features three sensuous California wines that include The Fantasy Suite Cabernet Sauvignon, One on One Chardonnay, and The Final Rosé.

“It’s my guilty pleasure and now I get to enjoy it with my other guilty pleasure. Your season premiere party is about to get a lot more exciting.”– Good Morning America. The ID Wine Club is justice for wine lovers!

Fun, collectable and deliciously mysterious – the Investigation Discovery themed wines are the perfect partners in crime to watch with your favorite ID shows.

Week after week tens of millions of viewers are glued to their TV screens watching IDs riveting mystery and suspense programming, and now they can crack the case at home with the first-ever pairing of true
crime with true wines. 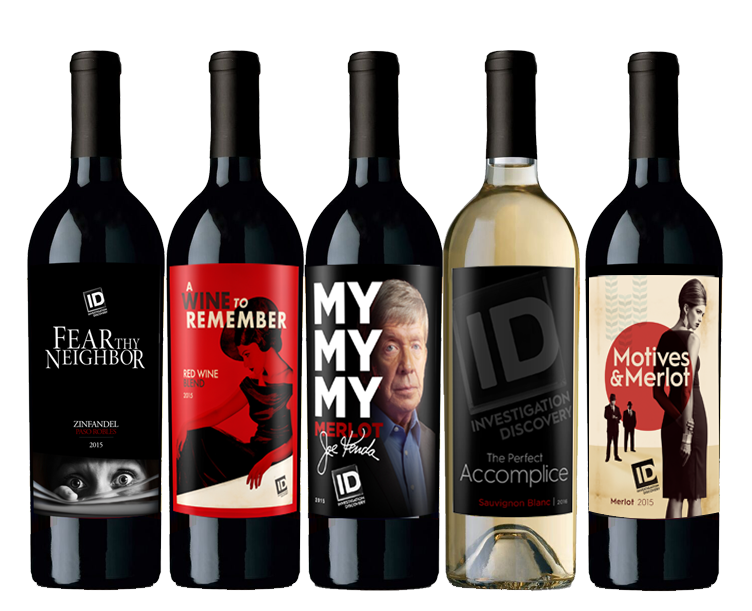